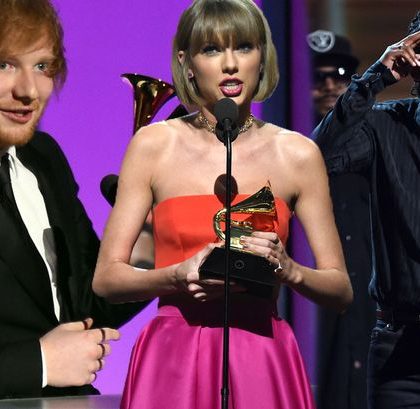 Talking about Grammy Awards, indeed, it will talk about the popular singer, best singer and also song. In the Grammy Awards 2016 itself, there are the lists of the winners which you can find here. Therefore, what are you waiting for? You can check the 58th Grammy Awards 2016 winners in general and pop field in the following explanation.

Yeah, for general field itself, there are some categories here, those are Album of the Year, Record of the Year, Best New Artist, and Song of the Year. If you discuss about the Album of the Year, you can find 5 singers have been nominated there like Alabama Shakes that make great comeback this time, Kendrick Lamar is also sitting on the top of the list, Chris Stapleton, the singer that never gets old, Taylor Swift which is deserve on this list and The Weekend. In this category, Taylor Swift with her 1989 album has won and be one of the Grammy Awards 2016 winners. Moreover, for the Record of the Year, Mark Ronson feat. Bruno Mars with their Uptown Funk becomes the winner of this category and they beat the other nominees like Taylor Swift and Ed Sheeran. For the Best New Artist, in this year, Meghan Trainor comes to be the winner, and Song of the Year belongs to Ed Sheeran with his Thinking of Loud song.

Meanwhile, for the pop field, there are many lists of the singer here. The first category that is Best Pop Solo Performance is Ed Shreeran in Thinking of Loud Song. The other Grammy Awards 2016 winners in pop field is Mark Ronson feat. Bruno Mars in Best Duo/Group Performance category. For the Best Traditional Pop Vocal Album, the winner is Tony Bennet and Bill Charlap. Last categories, again, Taylor Swift with 1989 album beat the other nominees in category Best Pop Vocal Album. Thus, those are the winners of Grammy Award in both general field and pop field that you have to know.

“Lizzo, Cus I Love You”
Posted in News || Tags: Grammy Awards