You are Here :Home » Articles » The Voice USA 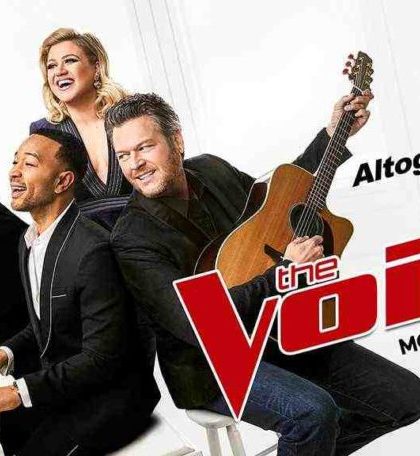 Maybe you are already familiar with the names of the judges in this talent search event. Yes, as the name implies, The Voice, this is one of the talent search shows that aired on one television station. Even I usually watch it on Youtube because I don’t like the ‘interruption’ of advertisements.

The Voice is a singing talent contest on US television that originally came from The Voice of Holland from the Netherlands. This competition is quite successful and mushrooming, not only in America but also in various parts of the world. The participants were audited publicly with a minimum age of 13 years.

The winner is determined by the audience by voting via telephone, internet, SMS messages, and the total number of purchases on the iTunes Store. The champion is then entitled to receive a US $ 100,000 recording contract with Universal Music Group.

The Voice USA began airing on April 26, 2011, as a TV program in the spring. This event proved to be a hit for NBC and was later expanded into the autumn cycle when the third season aired on September 10, 2012.

This series uses a panel of four judges who are tasked with evaluating the appearance of the contestants. Each judge also functions as a trainer, guiding the selected contestants. The original panel of judges consisted of Christina Aguilera, Cee Lo Green, Adam Levine, and Blake Shelton. Whereas in the fourth season, the panel of judges consisted of Levine, Shelton, Shakira, and Usher. In season 7 Cee Lo Green resigned from the voice and Christina Aguilera could not be a judge in season 7 because she was focused on pregnancy from her second marriage. Eventually, they were replaced by Pharrell Williams and Gwen Stefani but Christina returned in season 8.

CeeLo Green and Adam Levine became the first confirmed coaches in February 2011 followed by Christina Aguilera and Blake Shelton in March. Aguilera and Green did not return for season four and were replaced by Shakira and Usher. Aguilera and Green then returned for season five, while Shakira and Usher returned for season six. There were a change and change of coaches until 2019. In October 2019, it was announced that Nick Jonas would join the show as a coach for its eighteenth season, alongside returning coaches Shelton, Clarkson and Legend.